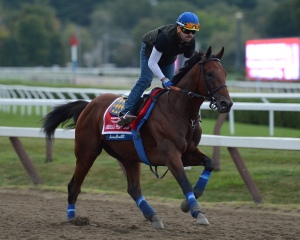 When Affirmed won the Kentucky Derby, the Preakness, and the Belmont Stakesin 1978, he was the third horse to do so in six years. Secretariat had broken the 25-year drought in 1973, and Seattle Slew won it in 1977. By the time Affirmed did it, the accomplishment had become if not commonplace, at least not extraordinary.

Horse racing lacks the wide appeal that it had in the 70s, but the possibility of the Triple Crown captures the public’s imagination in ways that similar accomplishments in other sports do not.

The grand slam in tennis – Australian Open, French Open, Wimbledon, US Open – is arguably harder to win than the Triple Crown: it comprises four events, not three, on four different surfaces, and though players can compete for it year after year, unlike thoroughbreds, who can win the Triple Crown only at age three, the grand slam has been won just six times, three times by men, three times by women.

Yet tennis fans and casual sports fan don’t root for the grand slam above all else, and the tennis industry doesn’t devote itself to promoting it. It’s cool when it happens, but nobody cares when it doesn’t. Achieving it is not hoped for above all else.

Continue reading at The Guardian…