On July 19, 2019, the venerable Thoroughbred Quick Call breathed his last. Humanely euthanized at age 35, he had lived for 18 years at the Wallkill Correctional Facility as part of Thoroughbred Retirement Foundation’s Second Chances program.

Quick Call earned $807,000 in a seven-year career, counting among his victories the 1988 and 1989 Forego Handicaps and the 1990 Tom Fool Stakes (all G2).   At Wallkill, he was known as an “equine teacher” and lived in a pasture with some equine buddies, with plentiful greenery to munch on and no shortage of humans to dote on him. For those 18 years, he was cared for by inmates at the facility, inmates who applied and were granted admission into its equine care vocational program.

A medium-security facility that can house 600 inmates, Wallkill sits in the Hudson Valley countryside, about 90 minutes north of New York City. It opened in 1933, its Gothic architecture reminiscent of a European cathedral or medieval university, and from its beginning, Wallkill embraced a philosophy of education and rehabilitation. Originally constructed as a prison without walls, Wallkill was the first prison built following the recommendations of the Lewisohn Commission, a report commissioned by the New York State legislature after a period of prison unrest in the late 1920s.

According to a 1932 New York Times article, the report deplored the lack of “proper educational work” in state prisons and declared that prisons “should attempt to perform the same tasks as the schools of community.”

“These are, namely,” the Times story goes on, “to provide for a good groundwork in fundamentals of academic education, to attempt a certain amount of vocational work…and to bring to bear upon the group certain cultural material that is the heritage of all individuals living in an organized community.”

If the members of the Lewisohn Commission could see Wallkill today, they would be proud. 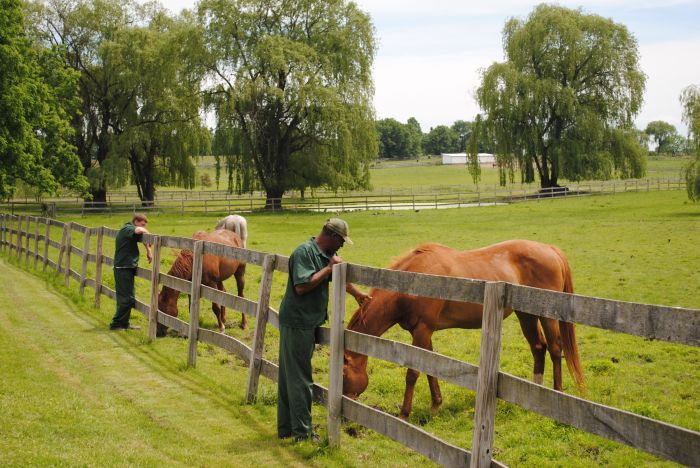