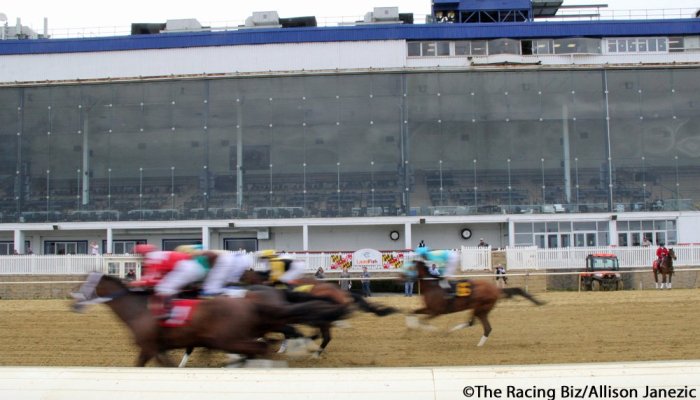 Racing at Laurel Park without fans. Photo by Allison Janezic

On March 4, Jillian Tullock walked into Laurel Park to begin work as the racing secretary for the Maryland Jockey Club. She oversaw exactly six days of racing before Covid-19 led to the suspension of racing in Maryland, a suspension that is ongoing, much to the frustration of the state’s racing community.

“It’s mind-boggling to me,” she said of the ongoing prohibition of live racing. “We’ve submitted protocols, and we’ve been training every day with those protocols. I wrote a condition book, and it’s online at Equibase. It’s at the printer. I wanted something I could put into trainers’ hands so that they know they have something to point to.”

How do you write a condition book when you don’t know when you can start racing?

Governor Larry Hogan has largely left it to individual counties to determine the extent of re-opening. Neither Hogan nor Anne Arundel County has given Laurel the green light.

But the Maryland Jockey Club announced Wednesday evening via text that on Thursday it would seek approval to resume racing from the Maryland Racing Commission and that it “fully expect[s] official approval to be granted.”

If it is, opening day would be Saturday.

Not exactly the conditions under which Tullock expected to begin the job she’d been waiting for for 25 years.