I approached my first Preakness with trepidation:  I’m not a Big Event kind of person (with the exception of this kind of Big Event) and I hate crowds.  But this year’s Preakness presented some opportunities too good to pass up, and so on, Friday afternoon, I set off down the Northeast corridor to Charm City, where I lived for five years.

And really—I couldn’t have passed a more pleasant day.  Even a couple of forays to the infield weren’t quite as repellent as I’d expected, and to my astonishment (and sadness, perhaps?), at three minutes to the Preakness, I walked up to a window on the third floor and placed a bet:  no waiting.

Thanks, Pimlico, for a terrific day.  Hope to see you next year.

Every track should have one of these… 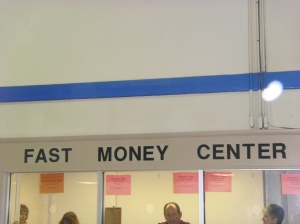 The games tent in the infield intrigued even me, and it was sort of hard to resist the air hockey tables.  Easy to pass, however, on beer pong…

…and purchasing one of these:

Rachel Alexandra reigned for a little while longer… 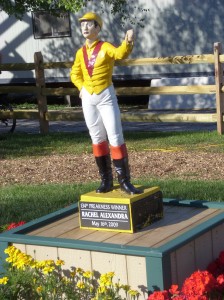 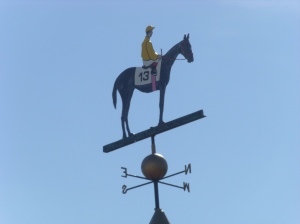 They’re off in the Grade III William Donald Schaefer…

…and Blame cruised to victory.

Comedero dominated in the Chick Lang: 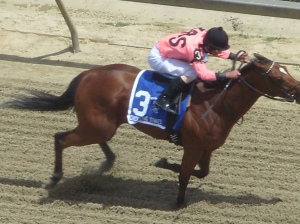 It’s show time, and this is where the action starts… 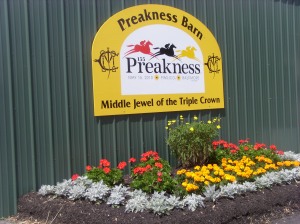 …before the Preakness horses go to the track to be saddled: 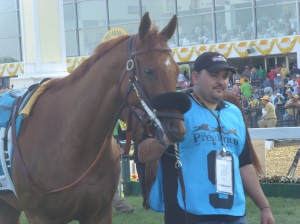 And Paddy O’Prado wins the most photogenic award: 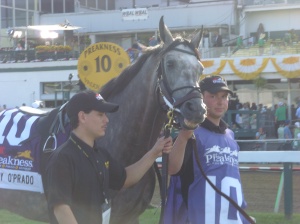 And for another, these guys, the first and the most recent, along with the nine others memorialized by the stakes barn, will not be joined by a twelfth.

Two Brooklyn Backstretch contributions appeared last week at Hello Race Fans!, on the Alydar/Affirmed rivalry, and on the New York years of the Preakness.   At BelmontStakes.com, I wrote about the horses who lost the Triple Crown by less than a length.