School obligations led me southward earlier this week, away from Saratoga and back to Brooklyn, which looks remarkably verdant and beautiful after two months’ absence.  I am happy to be home…I will also be happy to make my way north tomorrow, back for closing weekend at the Spa.

Among the many things to look forward to – seeing friends and family, seven stakes races (five of them Grade 1’s), the last gasp of summer in Saratoga – is the presence at the track on Friday of H.O.P.E., Homes for Orphaned Pets Exist.

Throughout the summer, NYRA offers various community groups the opportunity to raise their profile and make connections with the public; this summer, the Belmont Child Care Association, the Thoroughbred Retirement Foundation, and Peaceful Acres, among many others, set up shop on the track grounds.

This weekend, H.O.P.E. takes its turn, in the Times Union kiosk, located inside the main Union Avenue gate, near the jockeys’ silks room.

H.O.P.E. is a low-cost spay/neuter clinic located a few miles from the track on Route 50 in Saratoga.  Founder and president Wendy Margillo has been working with rescue animals since 2002; her 501c3 organization opened its clinic in June, dedicated to helping lower-income people spay/neuter their own animals, or those they’ve rescued or trapped for release.

The clinic provides spay and neuter services for both cats and dogs owned by low-income people (defined as 80% or below the area median income) or people on any form of public assistance (food stamps, social security disability, etc.).

On Friday, spay/neuter program director Jeanette Sparks and clinic practice manager Kara Haraden will be at the track to raise awareness about and funds for H.O.P.E.  The local cat population is booming, resulting in overcrowded at shelters and rescue organizations, and H.O.P.E. is trying to raise money to keep its client co-pays as low as possible and to provide emergency assistance to pet owners in need.

Nearly all of H.O.P.E.’s staffers are volunteers; one veterinarian and one veterinary technician are paid. Everyone else donates their time.

H.O.P.E. will accept your tax-deductible donations, as well as contributions of pet food for the Town of Wilton Food Pantry to benefit pet owners in need.

And if all of that isn’t enough to induce you stop by, some awfully cute kittens will be available for adoption.  Surely, everyone could use a little kitten fix?

Earlier this month, I stopped by H.O.P.E. to meet the volunteers, one of whom is Andrea Pollock, a regular Backstretch reader who first made me aware of this organization.  The clinic is at this point open only one day a week, and on this Wednesday, nearly a dozen cats were waiting for or recovering from spay/neuter surgery. Some were feral and would be released; some would be offered for adoption; some would be placed in foster homes. This little miss was recovering with a warm inflatable, to keep her cozy as her anesthetic wore off.

H.O.P.E. has a number of cats available for adoption, including some who require a special home.  According to the staffers, Stewball requires prescription foods and would do best as an only cat… 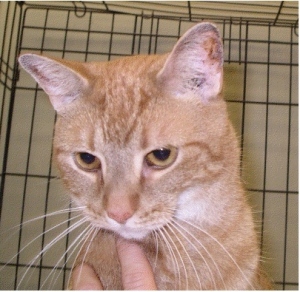 …while Twinkle is a shy girl who needs time to get used to people.

Han and Luke (not sure which one this is!) are big friendly boys who really need to stay together.

So if you’re at the races Friday, stop by and say hello to Jeanette and Kara, and, of course, to the cats. And if you’re able to help, H.O.P.E. would appreciate it, as would all the animals on whose behalf they work.  I *hope* (!) to see you there!

3 thoughts on “H.O.P.E. for animals at the Spa on Friday”