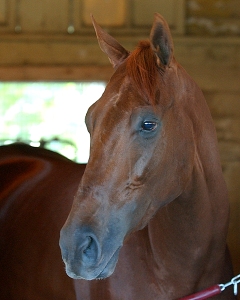 The official announced attendance for the 2004 Belmont Stakes, the year the much-loved Smarty Jones attempted to become the 12th winner of the Triple Crown, was 120,319, breaking the old record of 103,222, set two years previous, when War Emblem, like Smarty Jones, failed to win the third leg of horse racing’s greatest quest after winning the first two.

It’s not hard to find skeptics about that 2004 number, but it’s hitting a crowd of at least 100,000 has become the benchmark of success for subsequent Triple Crown crowds. The New York Racing Association, which controls three of New York’s four Thoroughbred racetracks (Belmont Park, Aqueduct Racetrack and Saratoga Racecourse) has declined this year to offer attendance expectations, but given the popularity of California Chrome and the blanket coverage he has received since winning the Preakness, it seems fair to suggest that anything that doesn’t approach the record might be considered something of a disappointment.

These expectations are a fairly new development. A look back at the Triple Crown attempts of the 1970s — when the feat was accomplished three times — and thereafter reveals surprisingly low attendance, particularly given that Thoroughbred racing was more popular then than it is now.