While the Lexington has lost a lot of luster in recent years, it gets a bit back today as it’s been moved to three weeks out from the Kentucky Derby, is now worth 20 points to the winner, and has lured MY BOY JACK, who has 32 points and sits perilously close to the cut line at #20 entering today. And while he deserves to be favored on the ML, the call goes to #2 TELEKINESIS, who ran well to be third trying winners and two turns for the first time at Fair Grounds, is a well-bred son of Ghostzapper who drew perfectly, has a big tactical edge on ‘Jack, and starts for a Casse barn overdue to have some local luck. The wildcard is clearly #6 GREYVITOS, who won a lot of fans after his Springboard Mile win at Remington Park to end his 2-year-old season but hasn’t been seen since, so while this Malibu Moon colt has the biggest ceiling, it’s unlikely Kitchingman has him fully cranked with a potential big campaign (Preakness start?) ahead. The aforementioned My Boy Jack will be rolling late but has had dream trips and circumstances in his last two and gets neither today with a wide draw in a race that seems to have a moderate pace and ends with the first finish line, which means that this stretch-running son of Creative Cause may simply run out of room late for the Desormeaux brothers. The same can be said for #7 PONY UP, an Aikenite homebred who offers a rare chance to get Pletcher at a price, but seems a slower, weaker version of the favorite. 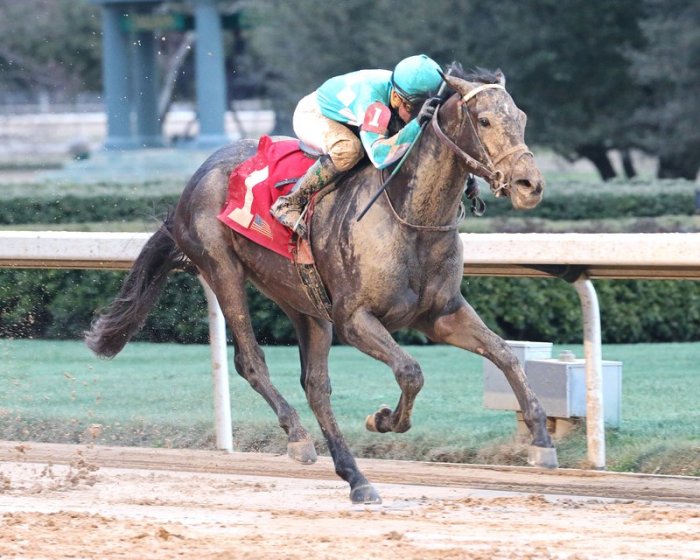