Oaklawn Park opens, as does the path to the Arkansas Derby, though this year’s Smarty Jones looks more like a sorting out process than a major Kentucky Derby prep. Two turns is a question mark for #3 SUPER STEED (9-2), but dad Super Saver sure loved going long, and this Jones-trained colt closed stoutly at one turn, suggesting that he’ll like the added ground in a race that appears to have plenty of early pace. The rail is a big coup for #1 LONG RANGE TODDY (4-1), who had a very productive 2yo campaign for Asmussen that ended with a win in the pricey Springfield Mile at Remington Park in December, and this son of Take Charge Indy should be able to settle just off the speed and get first run on the pick. Tread lightly on #8 GRAY ATTEMPT (5-2), who stretches out past 6 1/2 furlongs for the first time and will likely try to wire these for Fires, and while this son of Graydar is bred for this, the added ground is a real unknown. New Yorkers will give a long look to #7 BANKIT (7-2), an Empire-bred son of Central Banker that didn’t break in the Remington Mile but came running strongly late for Asmussen and just missed, though he has little margin for error here. 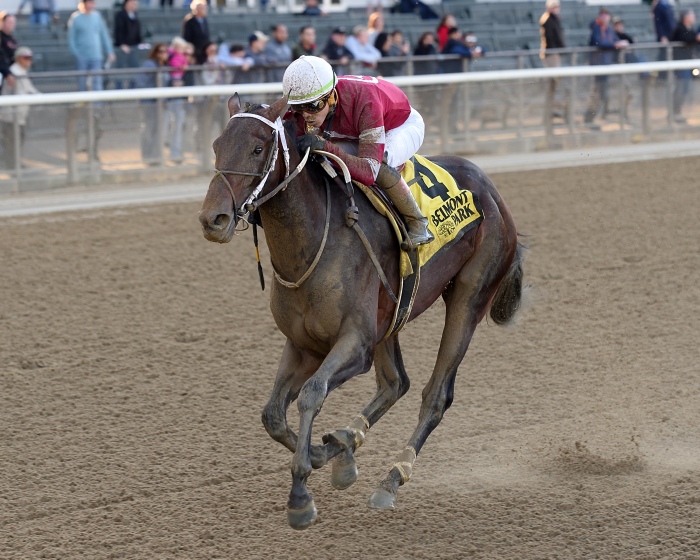