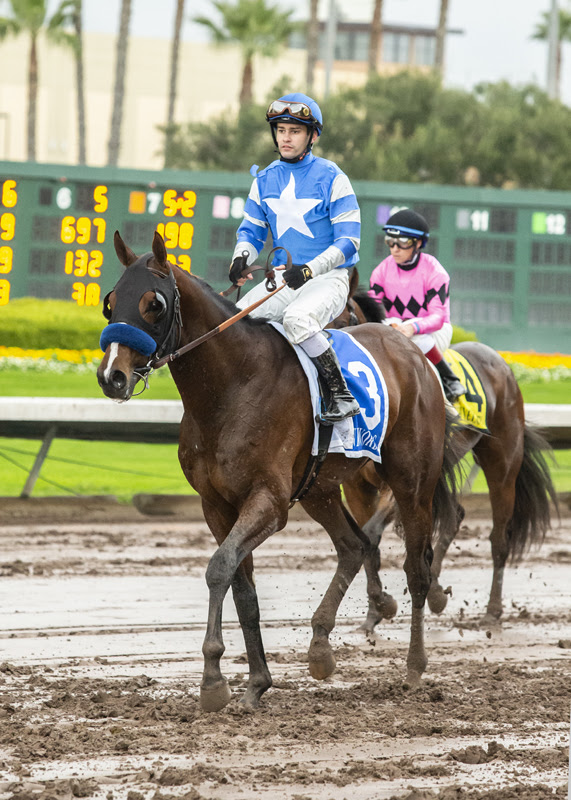 Early Santa Anita Derby prospects are on display in the Robert Lewis, which offers an early season two-turn test for a six-pack of runners, with more than a few trying to show they belong with the best of the locals.

Another Triple Crown season and another slew of Baffert-trained top prospects, and #2 THOUSAND WORDS (4-5) fits the bill, as this Pioneerof the Nile colt made it 2-for-2 when winning the GII Los Alamitos Futurity when last seen in December, and while this is just a starting point, he still figures too good for this modest group. There’s a little Omaha Beach to #3 TIZAMAGICIAN (3-1), who took six starts to break his maiden after several nibbles for Mandella, and while that’s where the comparisons end right now, this son of Tiznow seems to have a lot of talent and a stalking gear which could come in handy here in a race that should have some pace. Baffert’s second, #5 HIGH VELOCITY (3-1), was a distant third to his stablemate at Los Al, so it’s tough to think this son of Quality Road can turn the tables, especially since he wants to be involved early, but he drew best of the speeds, if nothing else. The dirt is clearly the question for #4 ROYAL ACT (15-1), but when your dad is American Pharoah, you’re supposed to handle the surface, and he’s another who can sit off the speed, so if he can improve on his turf form for Eurton, he could snag a piece of this.